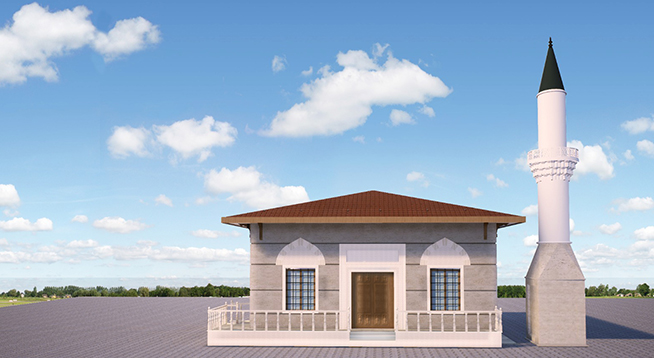 The existence of mosques is the guarantee of Muslims' unity.

The foundation culture, which has importance in Islamic civilization, has been a pioneer in the construction, and survival of mosques that symbolize unity and solidarity. This status reached its peak during the Seljuk and Ottoman periods. Turkiye Diyanet Foundation, which is presently a solid link in the foundation tradition, has continued this tradition with mosques it has built-in Turkey and abroad since its establishment.

Mosques and Masjids, where people turn to the Almighty Allah, where hearts rest and fulfill our spiritual needs, are also places where we perform our worship, which is a spiritual need in terms of goodness.

Our mosques and Masjids have always been the center of worship and knowledge, the places that unifying the community, where everyone holds pure in one place without the reserve of wealthy, poor, child-aged, worker and civil servant.

Mosque and Masjid are places where unity and solidarity are established.

Our foundation supports the religious life of communities by building places of worship such as mosques and Masjids while meeting the needs of the oppressed and victims all over the world such as food, housing, and education.

As in all the projects we have carried out, our loyal nation has been our greatest supporter. As part of our Masjid project, we will build mosques and Masjids that are a symbol of Islamic civilization wherever they go with the support of our esteemed charitable, and we will build mosques that are a symbol of unity and solidarity, a place of knowledge, wisdom, and morality, to the oppressed geographies that will live on the legacy of our ancestors.

You can support this charity with your donations.

Previous Next
Türkiye Diyanet Vakfı © 2021
It is a foundation that works for the public benefit and can collect aid without permission, with the Decree of the Council of Ministers.
Privacy and Data Security Policy Under the Law on Protection of Personal Data